A Question of When 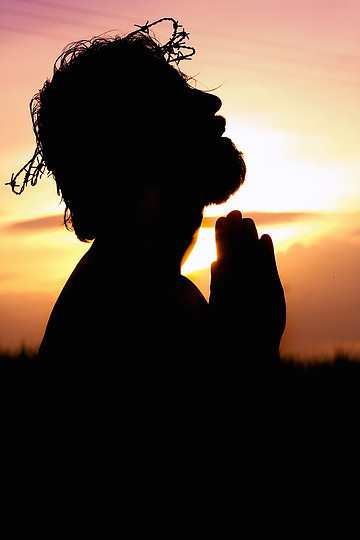 Two weeks ago, I attended a women’s conference with my church. We were digging into the Bible Study by Lysa Terkurst, It’s Not Supposed to be this Way. I went in with the mindset that I would make myself available to other women. It was my heart’s intention to minister to the women who were at my table and beyond. But by the end of the weekend, I got more than I bargained for. God spoke to my heart about a question I have been holding on to.

“When will he hurt me again?”

God used a woman’s testimony to shed light on this question that I have asked myself for about ten years. For ten years I have been living with noise in the background of my mind. It has been ten years since the last time my heart was significantly wounded by someone I love.

The question “when will he hurt me again” seemed reasonable on the surface. But the ripple effects of this question had become a barrier in my marriage relationship. Ten years is a long time to ask the same question. As each year passed it has been as if my walls of self- protection grew higher and higher, waiting for the moment, for the next heart break to come.

But for ten years the hurt has not come. He has not hurt me. But my self-protective wall was still being built. It’s almost as if each brick I laid on this wall was solidifying the belief that significant heartbreak was just around the next corner, waiting for me – and I was not going to be caught off guard. I was ready. I was protected. I was walled in.

This question, “when will he hurt me again,” was symbolic of my innate tendency to focus on what was broken instead of what is good, redeemed and restored. I was living my present based on a wound of the past. And I am thankful to say, that last Sunday, I surrendered that question.

God has healed, redeemed and restored my relationship with my husband. He has done incredible work in our marriage. I had been so focused on my past hurt, I was not able to see the present blessings.

I have learned that we all have wounds. And most of the time those around us, out of a heart of encouragement, want us to move past the hurt. But in moving past the hurt quickly, our hearts never quite heal from the wound. And so we live wounded instead of living healed and restored.

God does not want us to live wounded. In light of Easter this verse seems appropriate, Isaiah 53:5 (NLT) says, “He was pierced for our rebellion, crushed for our sins. He was beaten so we could be whole. He was whipped so we could be healed.”

Jesus understands our wounds, because he was wounded too. He suffered and died on the cross for us to be healed and whole. He takes our wounds upon himself, that we may be able to live in freedom.

If you are reading this, and you have wounds from your past that you hurried through so you did not have to “feel” the pain of them, I urge you and challenge you to take a look at that wound, and consider how it is impacting your life today. What self-protective question are you asking yourself? Has it made you callous? Has it made you distant and unable to have intimate relationships with people? Has is caused you to live in constant fear? Has is caused you to be unable to trust people?

Allow God this Easter season to walk you through the wound you are holding on to. He is big enough to handle it. He can carry it for you. He died for you, so you don’t have to carry it alone.