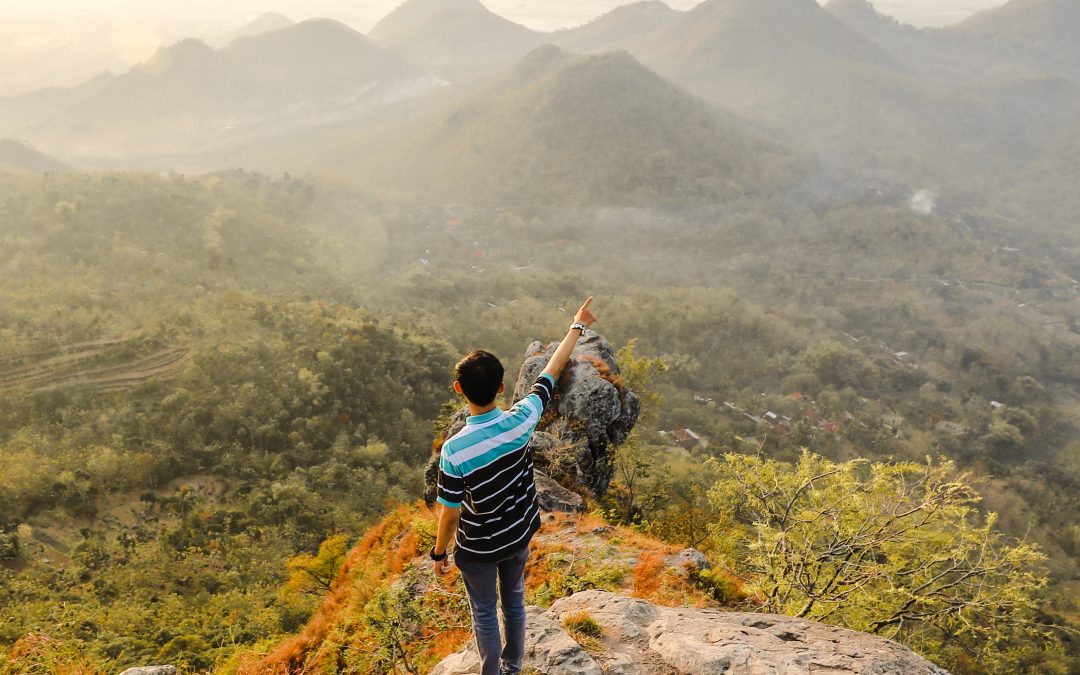 What is hope? By definition hope, according to Merriam-Webster- is to “want something to happen or be true” or to “expect with confidence” Perhaps you can relate to this, but there are countless dreams I’ve had that didn’t come to fruition and countless plans that never panned out though I hoped they would. There are people I have placed my hope in that have let me down. There are things I hoped would make my life easier or different somehow, and here too, many have failed in my eyes.

Hope is volatile when it is placed in an object, a person, or a circumstance.

How often do we say, “I hope such and such works out.”  Or we say, I hope so and so comes through.”  I believe it is not what we are hoping for that is most important to note, but in whom or in what we are placing our hope.

Webster’s second definition of hope is “to expect with confidence.” Here is where hope gets interesting.

When I place my hope in God, hope is no longer a want, it is an expectation steeped in the confidence of the character of God. He will show up. He will do what he says he will do. He will not fail me. He has always been faithful and will always be faithful. He is trustworthy and he is the embodiment of truth. I can place my full confidence in him, because God is the birthplace of hope.

We learn about living a life of hope from our forefathers of faith. Paul, in Romans, writes of the ancestors of the faith who have gone before and who have paved the way of faith and hope. Hope, as Paul describes, is best learned from pillars of the faith like Abraham. He says in Romans 4:18, “Against all hope, Abraham in hope believed and so he became the father of many nations, just as it had been said to him, ‘So shall your offspring be.’” (NIV)

Did you catch that? “Against all hope, Abraham in hope believed.”

How could Abraham in hope believe at the same time was fighting against the notion of having any hope at all? In my opinion, “against all hope,” was more a commentary on the skeptics surrounding Abraham at the time. And it was a commentary on the fact that he had every reason to doubt the promise of God because by earthly confines it just didn’t make any sense.

God’s promise to Abraham that he would be the father of many nations didn’t make any sense. He was old. 100 years old. No offspring to speak of and his wife was past child bearing. Hope of this level requires letting go of what looks possible or even probable and believing in the person of God more than the promise of what he has said.

Hope then, is lead be trust and is followed by trust. Romans 8:24 says, “but hope that is seen is no hope at all. Who hopes for what he can already see?”

What about you? What will be written about you and your faith? What legacy of hope will you leave behind?

As I sit with this verse about Abraham and reflect on my own life, it challenges me to be thoughtful not just about my legacy of faith, but my legacy of hope. I want my kids to say of me, “against all hope, mom in hope believed God would be what he said he would do.”

In fact, I want them to be able to speak of innumerable examples of my hope in God in the same way Paul spoke of Abraham, saying “Against all hope, mom in hope believed that Grammy would be healed because God’s word says, “by His wounds we are healed.”

Against all hope, mom in hope believed that God would provide because God’ word says, “And my God will supply every need of yours according to his riches in glory in Christ Jesus.” (Philippians 4:19)

Against all hope, mom in hope believed that God would break chains of addiction because God’s word says, “God will break the chains that bind his people.” (Isaiah 9:4)

Against all hope, mom in hope believed that God would comfort her when she mourns because God’s word says, “He heals the brokenhearted and binds up their wounds.” Psalm 147:3

Against all hope, mom in hope believed that God would use suffering for good because God’s word says, “And we know that in all things God works for the good of those who love him, who have been called according to his purpose.”

Against all hope, mom in hope believed that God had a plan and purposes for her because God’s word says, “For I know the plans I have for you,” declares the Lord, “plans to prosper you and not to harm you, plans to give you hope and a future.”

Against all hope because of the diagnosis, prognosis, unclear details, no movement, chains remaining, death,  sickness, broken heart, pain, suffering, confusion, isolation, and so on…mom in hope still believed because God…

What is hope to you? What is it or who is it that carries the weight of your hope? What disappointments do you need to let go of that were based in a false hope, a hope that was laid on someone or something that was not worthy to carry it?

If you are needing greater hope or not feeling hopeful today, reach out. It would be my honor to pray with you and to spur you on to a greater hope found in Christ alone.

Find more hope on my blog, The Ascent, in my books, and on my YouTube Channel, Morning Cup of Hope