At the End of Your Pointing Finger 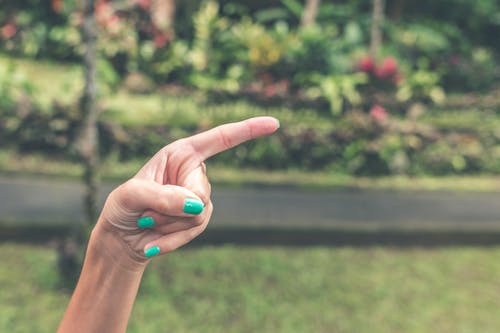 At times, it has been my finger that is pointing in judgement and spinning phrases of “how could you” or “you are such an idiot” or “it’s all your fault” and the like. And there have been times when I am at the end of someone else’s pointing finger.

There are some things I have come to learn about pointing fingers:

Peter could have chosen to respond to the call of the Centurion with rage, with a sword and a dagger – literal or figurative. He could have doubted that this man had come to believe that Jesus was the Christ, even though that is what the messenger told him about this man. How could someone on the opposite side of the aisle be worth his time and energy?

As we read in Acts 10 we see that Peter had a vision, and in this vision a linen cloth was brought down from heaven with food to meet Peter’s need of hunger. Yet the food that was presented before him was – by Jewish tradition – unclean and unsuitable to eat.

In this vision God says to Peter, “Get up, Peter, kill and eat.” (vs 14) Peter replies, “Surely not Lord! I have never eaten anything impure or unclean.” The voice spoke to him, “Do not call anything impure that God has made clean.” (vs 15)

It was after this vision that Peter was summoned to the Centurions home. Peter was stirring over this vision, wondering what it meant. When he arrived it became clear to him what the vision meant.

In Act 10:28 Peter said to the Centurion, “You are well aware that it is against our law for a Jew to associate with a Gentile or visit him. But God has shown me that I should not call any man impure or unclean.”

He goes on to say in verses 34-35, “I now realize how true it is that God does not show favoritism but accepts men from every nation who fear him and do what is right.”

I wonder, how many times has God tried to use a situation like this to enlighten us to his love for all people. I wonder how many opportunities have we missed to love other people because we can only see them as unclean, forgetting that we too are unclean.

Peter chose not to pick up his pointing finger and hold in the face of the Centurion, but to learn and apply the message he had received from the vision.

You may be thinking, “God doesn’t speak to me in visions.” Maybe he hasn’t spoken to you in visions, but I believe that he is using this vision that he gave to Peter thousands of years ago to speak to us, his followers, today.

I believe he is asking us, his church, what walls have we built between “us and them” that have caused us to hate instead of love, or to stay far away and judge “unclean” from afar?

Who in your life sits at the end of your pointing finger? Who is the Centurion that God is asking you to take another look at and recognize what you thought you should call, “unclean” is really your brother or sister in Christ.

Who have you placed in the “less than” or put in the category of “do not associate with”? No matter who you are, I can almost guarantee that there is a person out there that is your Centurion. Perhaps today you can allow the vision that Peter experienced to invade your preconceived ideas, feelings and biases.

Will you allow these verses from Acts 10 to reshape your thinking? Will you choose today to lower your pointing finger and instead extend a handshake of brotherhood?

Blessed by this blog? Share it with others! And read more!