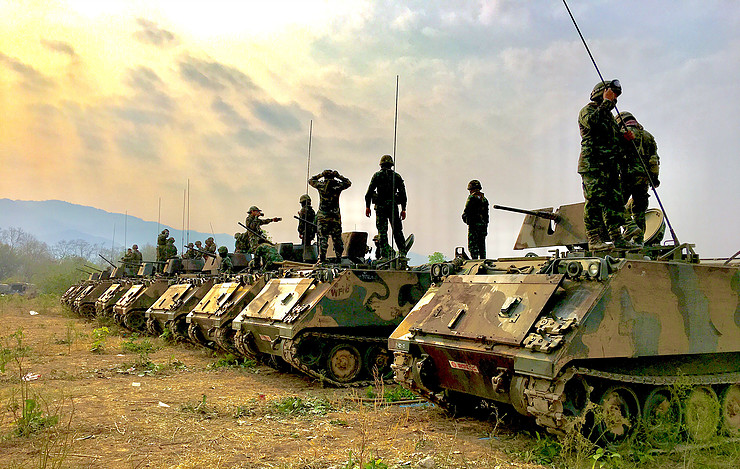 Michael W. Smith, Christian singer and musician, penned the song, “Surrounded”. The lyrics say, “It may look like I am surrounded, but I am surrounded by you…this is how I fight my battles.” The chorus and repetition of these words create a beautiful symphony of voices raised as a battle cry. Congregations around the US and beyond are singing this song. It has quickly become one of my most favorite songs to sing with the body of believers.

Jahaziel was sent to Jehoshaphat and all of Judah to remind the people to not be afraid of the battle ahead of them. “He said: “Listen, King Jehoshaphat and all who live in Judah and Jerusalem! This is what the Lord says to you: ‘Do not be afraid or discouraged because of this vast army. For the battle is not yours, but God’s. (2 Chronicles 20:15)

The battle is not yours, but God’s.

Praise him in this battle, for the war is already won.

I have included a link to the song, Surrounded. Whatever battle you are facing today; I pray that you sing out these lyrics and cling to the scripture. I pray you find peace and courage to move out and fight the battle with praise. I pray God opens your eyes to see the angel armies that surround you. You are not alone. You are not fighting this fight by yourself. God’s got you. The battle is his and he has already won.