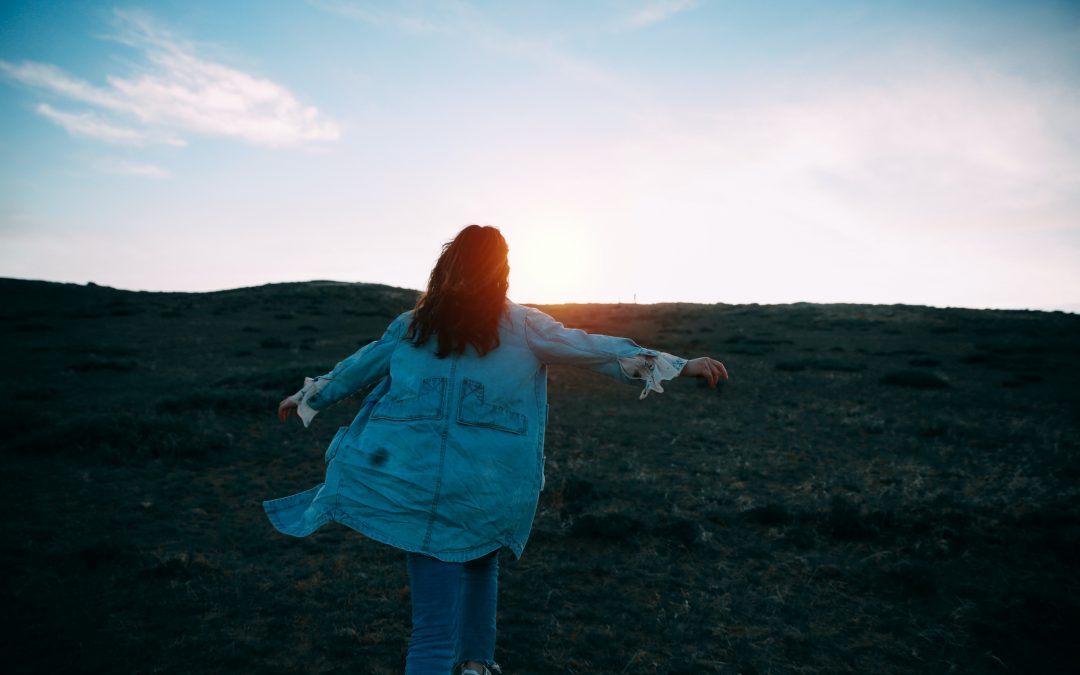 Of course we had to see Frozen II when it hit theatres. Our oldest daughter, Cora, was 4 when Frozen I came out and our youngest, Lydia, was only 2. I remember then hearing  an announcement about the release of Frozen II, coming to a theatre near you in 2019. It was only 2013 at the time and I thought to myself, “these girls will be way over this by then.”  And while their excitement was not as intense as that of the four and two year olds of yesteryear, their interest persisted from 2013 to 2019, and there we were, entering the AMC.

Okay, I admit it, I was taken by the Frozen soundtrack. I belted out, “Let it GO…” unashamed, louder than the kids, in the car or in the shower, it didn’t matter. That song, I think for a lot of us, was a message we needed to hear. It was a message to help us let go of what we are clinging too: position, titles, security, the past, the future, a degree, a perfect path, perfect execution of the plan, a person or people. No matter who we were we could relate to the lyrics and the need to let go.

Frozen II hit theaters on November 22, 2020. It was the weekend after my brother passed. Regardless of our state of shock and grief my mom insisted we take the girls. So my mom, dad, Marshall and I took the girls to see the long awaited movie. My attention span through the movie was short and focused mostly on the sweet faces of my girls taking in each and every scene.

My emotions were on overload, I stared at the screen. Little of nothing penetrated or soaked in from the movie. I couldn’t tell you anything that happened to move the plot of the movie forward. Nothing stood out to me. Nothing except the lyrics of one song.

At the risk of sounding far too cheesy, I took what I believe to be a God-inspired song to, “Let it Go” and I did. I let go. I let go of my vision for what I wanted my life to be and look like. I let go of control, believing that I could fix and change the outcomes of my brother’s life. The scariest part of letting go is that when we let go, we are also agreeing, eyes wide open (okay, maybe only one eye wide open) to step into the unknown.

When we step into the unknown we are faced with a choice to be okay with the “I just don’t understand” places of life and the  “I am not sure” replies, and “I am willing to wait on God’s direction”.

As we step into the unknown we risk people looking at us with a questioning and strange gaze because they just can’t understand why we would choose “the unknown” when there is a “known” path, a path paved with best practices and experts. A path paved with time tested strategies.

So, why choose adventure into the unknown? In short, what’s known is not always what’s best.

In the days and weeks and months that followed my brothers passing, I went “underground” so to speak. I hid myself away from the noise of the world and sought the face of God like I never had.

Perhaps I chose this because I didn’t have the energy for people or conversation. Perhaps it was because of the faithfulness I had already seen displayed from my heavenly Father I knew he would not waste a moment of our suffering. It was because I did not want to miss out on one ounce of what and how he would choose to use it.

Hours would pass by that seemed only a moment, as I got lost in worship music and scripture. Worship and scripture were the only things that made me able to lift my head from the pillow, to even attempt to make sense of all that had transpired over the last months and years. And they were the only things that equipped me to have the willingness to step into the unknown.

“I’ve had my adventure, I don’t need something new. I’m afraid of what I’m risking if I follow you into the unknown.” These are lyrics sung by Elsa from “Into the Unknown”.

Can you relate to this? Can you relate to the tug to step out and embrace what’s hard, what hurts in order to heal? Do you feel the draw to step out In order to move through something so God can use it for your good and the good of those around you? Have you felt God asking you to trust him, and to take a step into the unknown with him as your guide?

Since November, the urge, the call, the beckoning to step out into the unknown grew larger and harder to ignore.

Marshall and I contemplated moving for years, but the timing never seemed quite right, or perhaps we were just afraid of the unknown. Regardless, the time came, and what was once unknown became known to us. It was decided. We were moving, leaving the safety of a community that is like family to us. Friends close and brother and sisters. A hard choice.

A couple months back we were packing up to go on a house hunting trip in Florida, leaving the kids behind with friends. Right before we left Lydia was singing “Into the Unknown” like the broken record. Over and over, twirling through the house, singing at the top of her lungs.

I had just made her honey toast. When she twirled and passed through the kitchen I reached and took her hand spinning her around for one final twirl, I looked into her eyes as I handed her breakfast and said, “you are right, we are stepping into the unknown, but God is always right there with us.” She smiled, grabbed her toast and took a big ‘ol bite with honey dripping down her chin, smiling from ear to ear.

What is unknown to us, is known to God. Corrie Ten Boom stated, “Never be afraid to trust an unknown future to a known God.” To me, that is what makes taking the leap of faith possible. I trust that God knows what’s next and what’s best for me.

I trust him now more than ever because I have seen when I chose to hold his hand, chose to take his path, chose to honor him despite the circumstance he was always faithful. The path he has chosen is for my good.

Deuteronomy 8:16 says, “In the wilderness He fed you manna which your fathers did not know, that He might humble you and that He might test you, to do good for you in the end.”

God’s way is not about “easy peasy lemon squeezy” its about growth, developing usable men and women of remarkable character and humility. An outcome that is just not possible without trials and the faith to walk through difficulties.

If there is anything I have learned from stepping into the unknown it’s that saying “yes” is the hardest part. Choosing the unknown, choosing to live by faith and not by sight (2 Cor. 5:7). It’s not the easy path, it is not the road most traveled chock full of travel companion guides from Frommers and CondeNast top ten must see stops along the way.

Nope, this is the road less travelled. The road not confined by preconceived ideas, methods or best practices. It is a road known only to God. The question now is, will you say yes? Will you choose to trust him to take you into the unknown?

Will you step “into the unknown” he is calling you into?

Looking for hope? Need helping letting go of control? Check out my book, Ascent to Hope.