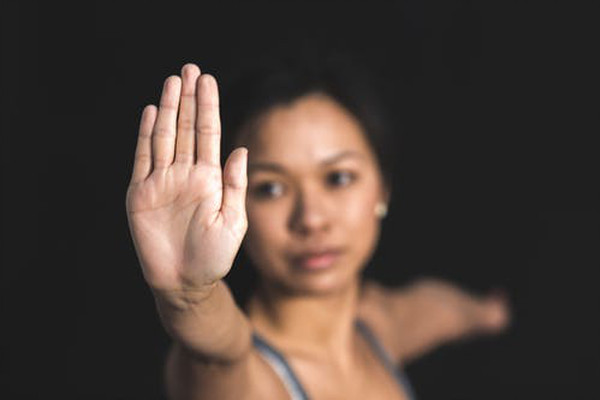 In the political and social climates, we find ourselves in today it can be hard to find the bravery to take a stand for what we know to be right. It is often hard to defend the truth because it may ruffle feathers or disrupt our comfortable lives.

In our unwillingness to get “political” or to “cause waves” we remain silent. But our silence and ambivalence does not show neutrality, in fact, it shows that we side with the loudest voice. In our world today the loudest voice is not a voice of truth, or of the gospel, but of fabrications and half-truths, or even truths that are twisted ever so slightly we have a hard time discerning fact from fiction.

We live in a day and age where the loud voices are more interested in condemning truth because facing truth exposes the mountains of lies that have been piled one upon another upon another for generations. It becomes a tangled web, lies taken as truth.

What we face today is no different than what played out in the Bible on the final days of Christs life here on earth before his crucifixion. The law of the old testament was taken to an extreme and the people were held hostage to its rules and regulations. The law was taken out of a context that God meant for his glory and our good and it was used for the advancement of a few pious and powerful high priests who were afraid that exposing the truth of the gospel of peace would cause their earthly kingdom to fall.

In Luke 23:22-24 Pontius Pilate said to the Chief Priests, “’What crime has this man committed? I have found in him no grounds for the death penalty. Therefore, I will have him punished and then release him.’” But with loud shouts they insistently demanded that he be crucified, and their shouts prevailed. So, Pilate decided to grant their demand.”

Though there was no fault to be found, no price to be paid by Jesus, the loud voices drove Pilate to give the people what they wanted. The voices of the crowd were so loud saying, “crucify him,” he chose not to take a stand to affirm his innocence but to bow their demands.

The voices around us are loud and constant. Voices from the news, from social media, friends, family, billboards and radio. The voices can grow so loud it is hard to discern fact over fiction. The voices ring out loudly in support of fiction.

I wonder, have you ever thought about this, what or who are the loudest voices in the political, social or other settings? Have you taken what those voices are saying and compared it against the truth of the word of God? How does what our culture is fighting for line up with the truth of scripture? Are you willing to find out?

Today I will challenge you to make a concerted effort to put on your earmuffs and block out the sounds of the voices and go straight to the words of the gospel of truth. Compare written word to written word. Eliminate the clutter of the voices. What does it tell you?

And after taking note of the TRUTH, the gospel, and how it aligns or not with the political and social agendas of our time, do you have the courage to take a stand?

Wearing earmuffs and hiding out will only take you so far…it will only give you the space to find the Truth. But then, once you have and know the truth, I challenge you to take a stand, and defend the capital T Truth of the gospel of Christ.

Do you believe in the cause of Christ and living by the commands of the Bible enough to stand up? Would you be one of the voices in the crowd saying, “Crucify him,” when your friends and family are doing so? This is not an easy thought to consider. Most days I would rather cower to the back of the room, and think to myself, “well at least I am not the one shouting in support of lies.”

But if I believe the Christ is guilty of nothing that he was being accused of, and I say nothing to defend him, I am on the side of the accuser. That is a hard pill to swallow.

If that is not enough, what gets me, is that I AM THE GUILTY ONE. I am the one who should be called on to be crucified because of my sin. I should be put on trial by judge and jury. As the song says, “it is my sin that held him there” on the rugged cross. YET Jesus saw fit to call be my name.

He took my place. He paid the price for me. He who bore no guilt or shame of his own. Guiltless, sinless, spotless Christ. Now that is worth taking a stand for. That is worth shouting louder than the loudest voices that are in opposition to Him. Because He is worthy of my stand for His truth because of what He has done for me.

Will you also take a stand?