The Miracle of Surrendered Weakness 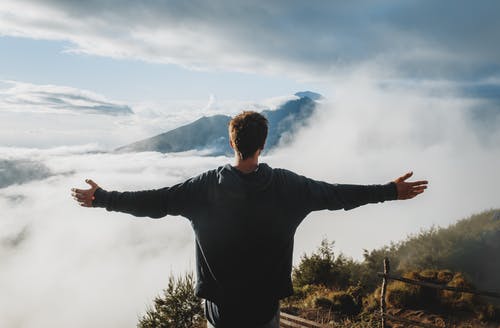 Has God ever called you to a situation where you were just totally out of your comfort zone? Has God ever asked you to  operate in your weak areas?

Uncomfortable would be an understatement when describing what Moses must have felt like as he led the Israelites from Egypt, across the Red Sea and into the desert. His weaknesses were blaring and visible to Him.

Once Moses was able to move past His doubt that God could use Him (stuttering, background, history, skills, and talents) Moses could surrender His weaknesses to God. And God was able to use Moses’ weakness to demonstrate His own power.

The Israelites saw him as an outsider as he grew up in the palace of pharaoh. The same pharaoh who had enslaved the Hebrew people. Yet Moses was a Hebrew -man raised with every provision and wanted and every care attended to.

Moses was an outsider, who ran away at the hint of harm over his own life. Moses who had a  temper. Moses who didn’t have great speaking skills. He absolutely would have had an inferiority complex about not being the right person for the job.

There were so many reasons for him to be a poor leader that were stacked against him. But God saw fit to choose Moses to lead the people from Egypt into the land God had promised.

Why? Because it wasn’t about what Moses could do with his own strength, but with His weaknesses surrendered to God, what could be accomplished. A people freed from slavery!

After the Exodus, in the journey through the desert, as the complaining ensues, Moses seeks the counsel of God for how to handle the people. As the story goes, the Israelites wandered for 40 years because of their disobedience.

Oh, Lord, I pray that it would not take us 40 years to surrender to you!

Moses dealt with complaining of the people, and the ramifications of their complaining both good and bad. God let them by fire and a cloud. He was always present, yet they doubted that He would provide.

His presence still yet, was not enough for them.

As I have been reading through the perils of the Israelites in the Old Testament, in Numbers 20, there is another bout of complaining, but this one stood out to me because of the lasting implications for Moses.

The Israelites had arrived at their next camp destination and found that the place God led them to had no water was in sight.

They fixed their eyes on the lack of water instead of on the presence of the Most High God living in their midst.

These comments make me scratch my head in wonder. How could people who have seen, experienced and lived through some of the hands down best miracles of all time doubt God’s ability to provide?

But they doubted. They accused God and Moses of bringing them into the desert to die.

Being a leader operating out of God’s power requires surrender. Surrender to not want to throw in the towel, to give up and walk away.

I would have been irate because the miracles of God and his ability to provide had been so evident. And let’s face it, His presence was with them, leading them day by day! Hello!?!

At the sound of the complaining voices, Moses went before God to plead their case, as he always did. It seemed that Moses was wise enough to know He couldn’t handle the Israelites on his own.

Here is where the story gets interesting in my mind. God gave Moses specific instructions to follow in order to provide the water they needed.

In Numbers 20:8 God provides Moses and Aaron specific instructions saying, “Take the rod; and you and your brother Aaron assemble the congregation and SPEAK to the rock before their eyes, that it may yield its water, You shall thus bring forth water for them out of the rock and let the congregation and their beasts drink.” (NASB)

What happens next is a demonstration of how misusing the power of God, operating out of our own strength and disobedience can rear their heads quickly when we are in authority over people.

Harnessing the power of God through Moses’ words – his voice – didn’t seem enough as his speaking is a weakness for him.

He took the rod from the presence of the Lord. And then, instead of SPEAKing to the rock, Moses struck the rock with the rod, not once but twice,

The miracle of water from the rock was accomplished. And the people’s needs were met through Moses.

But this misuse of God’s power and disobedience cost Moses and Aaron their ticket into the promised land. The doubt Moses still had that God could use his greatest weakness to demonstrate HIS POWER was profound.

Moses decided to make the miracle about Him. He wanted the miracle to be released in the way he was comfortable with it happening. Striking the rock looked forceful and powerful.

Speaking to the rock with stuttering and slow speech seemed an impossible vessel for God’s miracle.

The insecurity in Moses’ heart manifested when he said in verse 10, “Listen now, you rebels; shall we bring forth water for you out of this rock?”

You can sense the cockiness. Like, “want to see this amazing magic show I will perform?”

This small sentence exposed a part of Moses’ heart that would not have been exposed without the complaining and the impossible “are you kidding me” circumstances.

Numbers 20:11 goes on to say, “Then Moses lifted up his hand and struck the rock twice with his rod; and water came forth abundantly.”

The rod was a symbol – of the power of God. To be used as God commanded.  God gave Moses an answer and help. God told Moses to “SPEAK” to the rock. Speak not strike.

I wonder if God chose to have Moses speak to the rock to help Him fully believe in God’s power. I wonder how much impact Moses’ doubt had on the people he was leading?

As much as I want to point my finger at Moses and pretend like I can’t understand his lack of faith in God to do the impossible, I can understand.

I often don’t allow space for God to use my weaknesses to display His strength?

How often do we try and bury the weak areas of our lives and squelch God’s opportunity to bring glory to His name through our weakness?

God’s power is fabulously displayed when we surrender our weaknesses to Him. Surrendered weakness is a weakness turned into powerful strength in the hands of the almighty God.

Would you consider today what areas of your life you have been holding back from God because you think they are just not good enough, not usable, not refined, not certified, educated, wrinkle-free or whatever label you have assigned to your weakness?

God wants to use us, just like he wanted to use Moses’ to SPEAK to the rock, to accomplish miracles in our circles of influence.

For more resources to GROW in faith, and find the lasting HOPE of Christ, go to my books page!