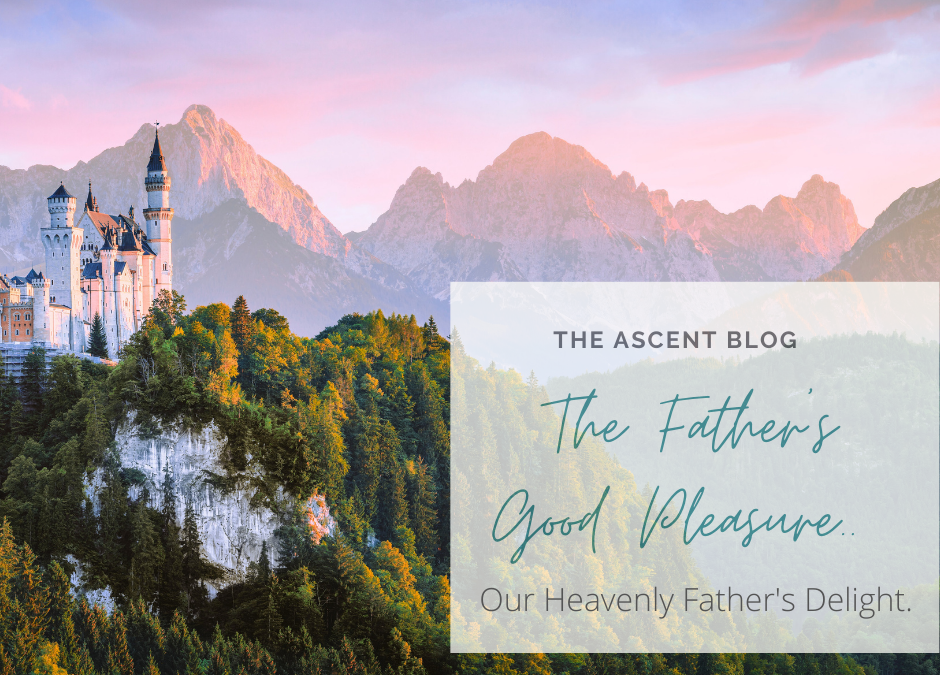 Luke 12:32 tells us, “Fear not, little flock, for it is your Father’s good pleasure to give you the kingdom.”

Fear not. Fear not, little flock.

What do you fear?

What fear are you carrying inside you that paralyzes your ability to engage with people at a deep level?

What fear are you holding on to that prevents you from living in freedom?

Don’t have any fears? Well…do you worry and stew about your family’s future?

If so, that’s fear. Fear that the family won’t be safe. They’ll be persecuted. They’ll be taken advantage of. They’ll be stripped of freedoms.

Did you know that fears are based on lies that Satan has whispered in your ears hoping to keep you stuck in worry, what if,  and doubt?

Fear is not of God. Unless it is the kind of fear that recognizes the awe and reverence due our heavenly Father.

In this verse from Luke 12, Jesus tells his followers, “Fear not.”

But why? Didn’t Jesus understand what was ahead for the church and believers at that time? Didn’t He know of his own death on the cross?

Jesus knew all that would happen in the weeks, months and centuries following this statement, yet He still with bold confidence said, FEAR NOT.

The reason He told his followers then, and teaches us now through His living word, is because “it is the Father’s good pleasure to give you the kingdom.”

The NASB version says, “your Father has chosen gladly to give you the kingdom.”

God decided at the forming of the earth and creation He did not want to create without men and women to share in the majesty of his kingdom.

I know, I know. Being given a kingdom sounds like something that happens to other people – but couldn’t happen to you, right?

Wrong. God’s kingdom is for us all. He delights to give us all His kingdom. It pleases him to share the bounty and abundance of all he has created with his “flock”. We are his created, dearly loved sons and daughters.

It can be hard to wrap our minds around the fact that the God of creation thinks enough of us that He would desire to share his majestic creation with us. YET…He did!

Kingdom. If we are recipients of the kingdom that means we are HEIRS – princes and princesses.  Sounds like a fairy tale – but it is our reality, it is what awaits us in our eternity.

The kingdom, being with Jesus for eternity, is what makes this life worth living.

In Thayer’s Greek Lexicon, it describes the use of the word “Kingdom” to demonstrate God’s desire for us to be partners in his kingdom – and partakers in the kingdom.

So what does this mean for us here and now? Well, we go back to the beginning of the verse and see Jesus again telling us, “Fear not.”

We do not need to fear the storms we face today. Instead Jesus invites us into an exchange. He is asking us to exchange our momentary and brief trials of this life for the perspective and acceptance of a kingdom inheritance.

Knowing God sent the invitation for us to receive his kingdom and continuing to live in fear is like someone giving you a house and you not accepting that fact that it is not yours.

Fear that this is too good to be true holds you standing outside the house wondering if you have the right key, wondering if it’s ok for you to go in, wondering if this is a “candid camera” joke.

This is no joke. This is not a candid camera episode. Jesus came. He lived on this earth, and died. He was resurrected so we could be handed the keys to God’s kingdom. God’s kingdom is for you. That is not a joke.

It’s the Father’s good pleasure to give you the kingdom. Maybe you didn’t have a loving, compassionate and giving Father growing up. Maybe your dad was the kind that didn’t provide for you physically, emotionally or spiritually.

But that doesn’t mean that God is like your father, or your earthly father is like God.

What are you waiting for? Will you accept what is the Father’s good pleasure to give you?

Again I ask what fear are you holding on to that is keeping you from believing that what God has for you is better than what you are holding on to?

For more resources to grow in Faith in Jesus Christ, go to my website.