Kindling the Fire of Change 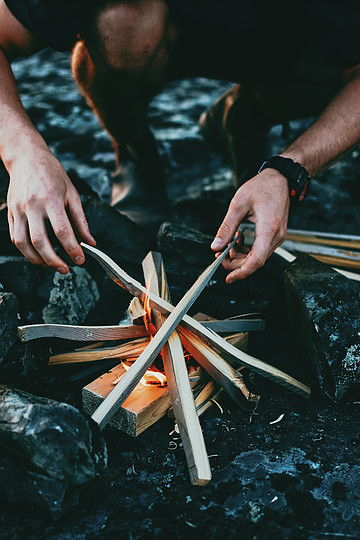 The dawning of the fall season is upon us. With fall comes fire. If we are honest for a moment we all know that guy who thinks he is a great fire starter. You know, I am talking about that guy who walks through his 25-step process to get a roaring fire. And then he about falls into a fetal position in tears when all he gets is smoke.

And of course, we all know the guy who pours on the kerosene and lights one match to set the wood pile ablaze with fury. And then…well, of course, the fire quickly goes out.

For the rest of us, who know the “right way” to get the fire going, we grin, shake our heads and sit back while the others act. And then, when the other methods have proven short-sighted or have failed, we step in, look like the hero and prepare an eloquently simple fire. The rest of us, “right way” fire starters, know that a great fire requires kindling. A great fire, starts with a small fire and grows with oxygen.

In Luke 12 Jesus is heading toward Jerusalem and as the crowds gather and follow him, he instructs them in parables. Luke 12:49 says, “I have come to bring a fire on the earth, and how I wish it were already kindled.”

Jesus tells us that it is his job to bring the fire. But we, as his disciples, are the kindling. We, his followers, allow our kindling to fan and spread to those around us. We warm the coals and get the fire ready. But it is Jesus who bring the fire from its infancy to steady flames of revival.

Could we admit – just for a moment – that often we are not allowing our kindling to impact those around us. Could we admit that in a lot of cases today if Jesus were to release revival fire the it would be released on wet logs. We know our role in fire making- practically speaking when are jonesin’ for some s’mores. But what does it look like to be the kindling, readying the coals to receive the fire of Christ?

I believe it is quite simple. It starts by recognizing that we have a role to play. Recognizing that we are not responsible for the flames – the fire that does the transforming work that only Christ and the Holy Spirit can do. But we are responsible to share the good news of the gospel. We are responsible to step up and step out into places that require faith. We are called to be the example and to take the lead. We are required to allow the fire to refine us, to change us. But we are not responsible for the change in others, because we are not the flame.

I ask you today, are you allowing the fire of the Holy Spirit to refine you and change you? Are you taking ownership of your role as kindling for the sake of the gospel of Christ? Are you stoking the fire, by being in the word, in prayer and in fellowship, and allowing Christ to fan the flames of truth in your life?

If you answered yes to these questions, that is wonderful. If you, can’t answer or don’t know or know for certain this is not where you sit today, that’s okay. But take time to consider, what would it take to stoke the fire within you, the kindling that has already been lit? Are you allowing Jesus that opportunity, to change, to stretch and to refine you? Are you acting as kindling in your spheres of influence readying them for Christ to light their fire?